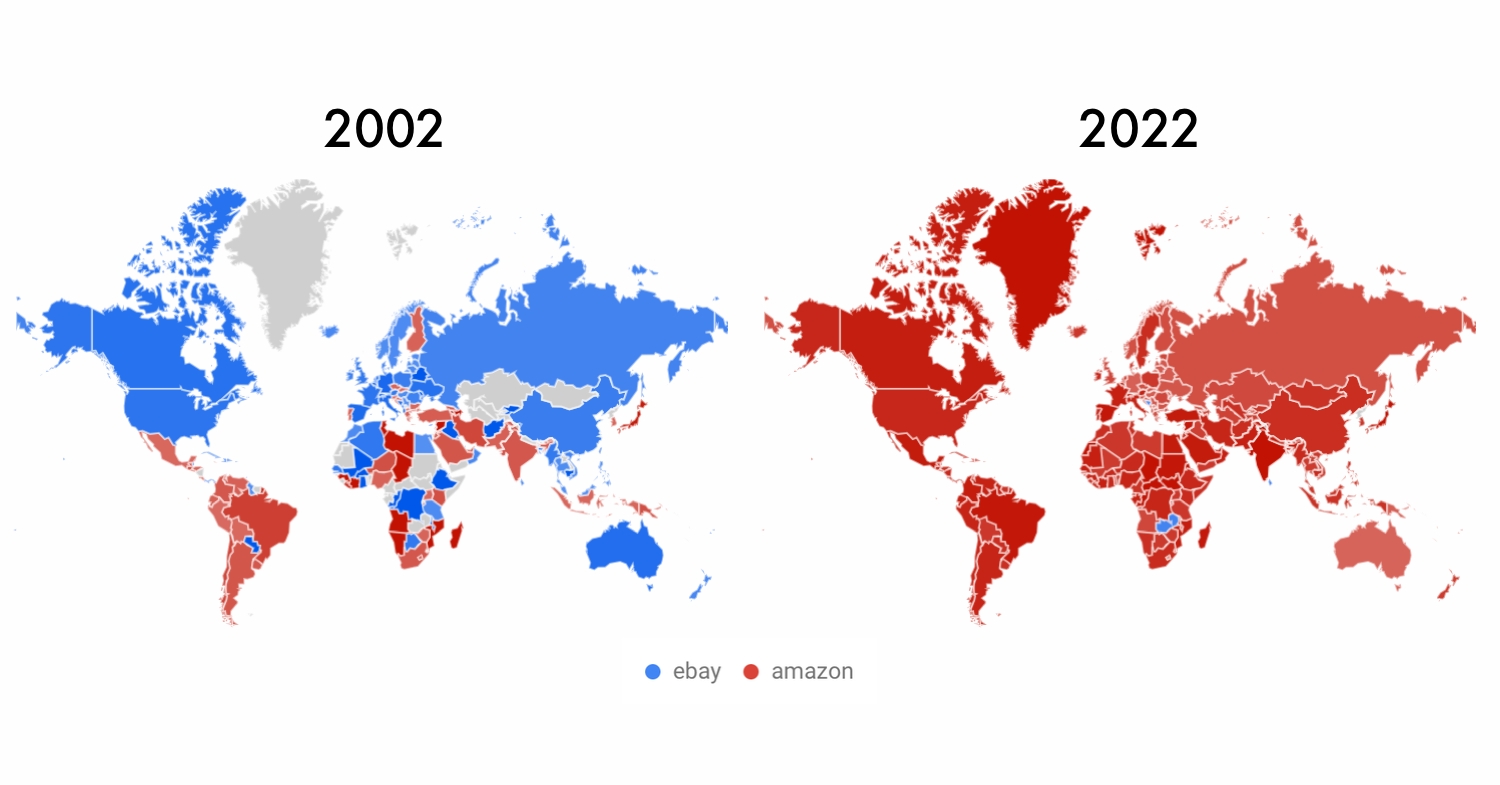 Ten years ago, Amazon was only more popular than eBay than in the United States. It has since dethroned eBay worldwide, and Australia is the latest country to fall.

Amazon’s dominance in e-commerce seems unchallenged in most of its major markets; however, this position is surprisingly recent. It wasn’t until 2008 that Amazon’s enterprise value surpassed eBay‘s, and in many countries it took even more years for Amazon to surpass its market share.

While this is a naïve estimate of consumer sentiment, it roughly matches the underlying growth of both platforms. The two decades of data show how even regions where none of them actively promote eventually followed global trends (much of the early noise came from Amazon River searches rather than shopping).

Australia is the latest country for Amazon to win. It’s the only place on the map that has remained blue for two decades, highlighting eBay’s dominance. Amazon launched there five years ago in 2017. By the end of this year, Amazon will have overtaken eBay in terms of website visitors and therefore market share as well – it is already 90% bigger.

The map becomes much more colorful when global challengers like Shein, Shoppe, Meesho, Flipkart, Lazada and others are considered. Shein, a fast fashion marketplace, has recently been more popular than Amazon or eBay in countries like Poland, Chile and Brazil. Amazon overtaking the map also means it’s more popular than eBay – in many countries it’s not the most popular shopping destination.

Amazon won against eBay, but the fight now has a dozen new, much stronger players.