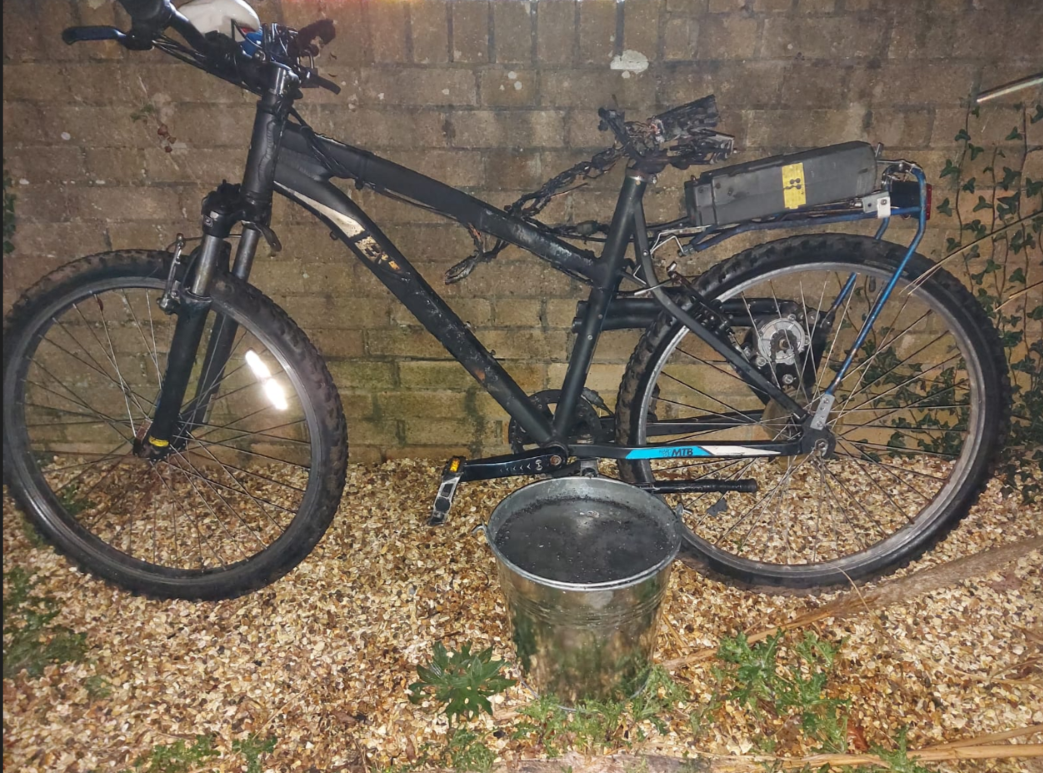 A survey by Electrical Safety First, a UK charity dedicated to reducing deaths and injuries caused by electricity in the home, found that Amazon Marketplace, eBay, Wish.com and AliExpress all sold devices allegedly illegal and very dangerous charging for e-bikes on their websites.

Electrical safety first (opens in a new tab) found 59 listings of illegal and unsafe e-bike chargers at the four retailers, all of which were subsequently removed or blocked. A marketplace also removed hundreds of other listings based on information provided by the charity.

The chargers are incompatible with lithium-ion batteries in e-bikes, which increases the risk of a fault occurring within the battery, which can then cause fires. They also found that they did not meet the safety standards necessary for sale to UK consumers.

Electrical safety first discovered that these chargers had no visible fuses and were very small in size, exposing the user to fire and electric shock. Non-fused sockets also lack the ability to shut off in the event of a power cable failure, increasing the risk of fire.

Martyn Allen, Technical Director of Electrical Safety First, said: “By the very nature of the batteries these dangerous charging devices power, there is a potential catastrophe waiting to happen. The process of charging e-bike batteries must be done with compatible and compliant chargers.

“These chargers we have identified for sale all pose an increased risk of fire and electric shock and should never have been available for sale to UK buyers in the first place.

“Given the frightening nature of lithium-ion battery fires, it is essential that charging equipment does not pose any unnecessary risk to the battery or the user.”

He added that there was a lack of vital regulation to make online marketplaces accountable for the safety of goods sold through their platforms, which he said “significantly contributes to the entry of unsafe products into homes”.

An Amazon spokesperson said it had removed products identified by the charity from sale during its investigation. They added: “We have proactive measures in place to prevent suspicious or non-compliant products from being listed and we are monitoring products sold in our stores for product safety issues.

“Where appropriate, we remove a product from the store, contact sellers, manufacturers and government agencies for additional information, or take other action.

Meanwhile, eBay, Wish.com and AliExpress also said they had removed e-bike chargers from their websites.

An eBay spokesperson said: “In addition to our blocking filter algorithms and our security teams monitoring the site, we are working closely with a wide range of stakeholders to ensure eBay remains free of dangerous products.

“In this case, our close working relationship with ESF and the Kensington & Chelsea Council Trading Standards team enabled the rapid withdrawal of these products.”

Wish.com said, “All of our merchants must comply with local laws when selling on our platform, as outlined in Wish’s Merchant Terms of Service and policies.

“Out of an abundance of caution and in line with our policies, we are temporarily blocking these product listings in the EU and UK markets, pending the final outcome of the merchant’s investigation. Once adequate documentation or a response is received , we will review and determine if further action is necessary.”

Electrical Safety First’s findings come at a time when fire services are concerned about a spate of fires in the UK linked to e-bikes. Indeed, London Fire Brigade issued another e-bike safety warning earlier this week, after five people were rescued from a flat fire in the early hours of the morning last week.

Four fire engines and 25 firefights attended the London apartment the fire is believed to have been caused by a lithium-ion battery for an electric bicycle. One person was taken to hospital.

A London Fire Department Spokesperson said: “It is incredibly concerning that we continue to see an increase in incidents involving e-bikes and e-scooters. When these batteries and chargers fail, they do so with ferocity and because fires grow so quickly, the situation can quickly become incredibly serious.

“Lithium-ion batteries are susceptible to failure if incorrect chargers are used and there is a significant risk posed by e-bikes that have been converted. We mainly see fires in those purchased from online marketplaces and batteries that were purchased over the internet, which may not meet appropriate safety standards. »