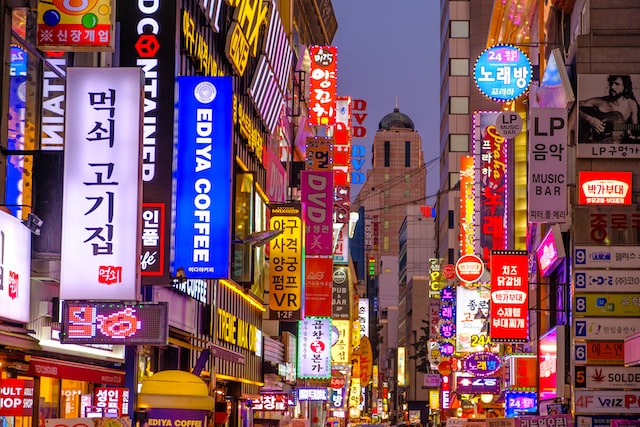 AliExpress, Alibaba’s cross-border e-commerce unit, is stepping up investment in South Korea as it seeks to gain more share in a market with higher purchasing power.

The company has spent 10 billion won ($7.27 million) in South Korea this year to lower product prices to ensure it has the best prices, sales and marketing director Gary Topp said on Tuesday. European at AliExpress, in an exclusive interview with CNBC.

With the fund’s backing, AliExpress is looking to expand its presence in South Korea, the world’s fifth-largest e-commerce market with $120 billion in annual online sales. According to the 2021 survey, Korean consumers’ average monthly spend on online shopping is around 170,000 won ($124.11).

In this attractive market, cross-border shopping is growing at a faster pace. Korea’s cross-border e-commerce market continues to grow, growing from $2 billion in 2017 to $4.5 billion in 2022, with an average annual growth rate of 23%. By comparison, its domestic retail sales grew only 3.8% annually over the same period.

The search for cheaper products may be a major reason for the rapid growth of cross-border e-commerce in the country. More and more Koreans are turning to cross-border e-commerce sites for their daily shopping, as buying from Korean retail channels can be more expensive than sourcing overseas, even after adding the international shipping costs and rates, according to a March report by the US International Trade Administration (ITA).

In addition, the Korean government promotes cross-border e-commerce by simplifying and speeding up customs procedures, which enables its people to benefit from low-priced goods from overseas.

Currently, US e-tailers dominate the cross-border shopping market. According to an August report by the ITA, online shopping by South Koreans on overseas retail sites increased by $1 billion in 2021 to $4.5 billion, with 41% coming from United States. The most popular products are dietary supplements (19.4%), clothing (17.7%), electronics (10.4%), shoes (7.3%) and handbags and bags (6.8%).

Besides direct-to-consumer (DTC) channels, US sellers mainly cater to Korean consumers through Amazon, eBay, iHerb and the country’s local e-commerce platforms, including Coupang, Gmarket and Auction.

While the European market, which AliExpress previously focused on, is seeing declining retail consumption due to high inflation, the opportunity presented by the fast growing and high purchasing power Asian market is too good. to be left out.

In an August interview with Korea Economic Daily, AliExpress said “South Korea is the market it will be focusing on this year.” Parent company Alibaba has also been working hard to help AliExpress further penetrate the region.

By investing more resources in South Korea, AliExpress will bring more challenges to SoftBank-backed Coupang. Founded in 2010, Coupang is the largest e-commerce platform in South Korea with a share of 20.01%. To meet the growing demand in South Korea’s cross-border e-commerce industry, it has been actively recruiting Chinese suppliers in recent years.

As a local e-commerce platform, Coupang has built a moat, i.e. a robust fulfillment network. According to the company, it has 100 fulfillment and logistics centers in 30 cities and 15,000 delivery drivers. Around 70% of South Korea’s population now lives within 11 km of a Coupang logistics hub, meaning it can offer free next day delivery or even same-day deliveries for a wide range of products. .

In August last year, AliExpress was among the top five sites used by South Koreans to purchase goods directly from foreign sellers, according to the Korea Consumer Agency, a government agency. However, revenue from Alibaba’s international retail business fell 3% year-on-year to $1.57 billion in the quarter ended June 30 as it struggled obstacles in European markets such as the depreciation of the euro against the dollar and new EU tax rules.

As part of an effort to boost sales in the fourth quarter, AliExpress launched its longest shopping fest ever. On October 31, the 11.11 Global Shopping Festival was officially launched and will last until the end of November. Free shipping is available for all orders to Korea, Spain, France, Poland, UK, Germany, Netherlands and Italy.